Heather Goodwind is an American artist who has spent significant time in China learning traditional ink art. We recently sat down with her to discuss her artistic process in producing highly intuitive and expressive works that instantly engage the viewer in an introspective dialogue.

Why did you decide to go to China to learn from traditional Chinese ink artists? In what ways has this influenced your art?

My fascination with Chinese art began when I discovered the poetry of Li Bai (李白) and Du Fu (杜甫). The simple yet clearly articulated imagery in their poems forced me to think more critically about how I was using imagery in my own work.  It was a few years later, while studying Mandarin in Beijing, when I really fell in love with traditional Chinese ink painting. I found that the landscapes I had previously seen only as depictions of the external world were actually charged with intense emotions and timeless philosophy. I slowly began to see the differences in form, line quality and brush work as intentional symbolic representations of states of mind. I, too, was interested in expressing what I felt more than what I saw, but I was using imagery in a very literal way. Studying Chinese painting helped me to simplify my vocabulary, and to think of visual elements more like the language of poetry.

In series 17, your works are very unique. There is a clear harmonious balance between Western and Chinese art. Can you share with us how you manage to achieve this?

Quite a few years had passed since my time in China, and I thought that the influence of Chinese art on my own work was to be purely conceptual. But when I started using ink in Series 17, I found that I finally felt free to just play with it. I already knew that I would never master the true art of traditional Chinese ink painting, so I stopped trying to make it do what I wanted and let it take me to a place I’d never been before. It was a process of discovery. 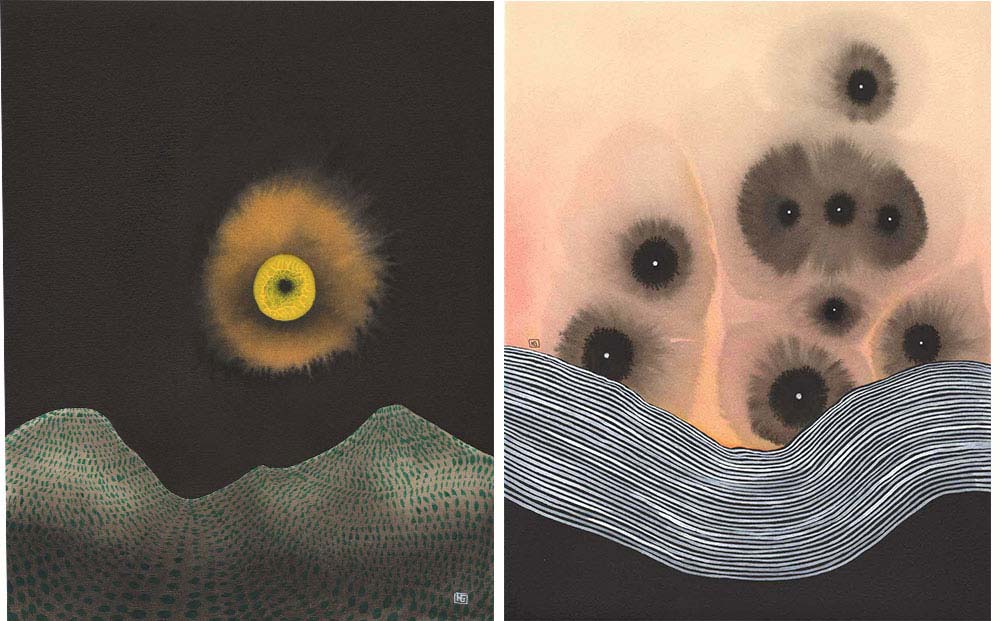 Your works revolve around the transient moments of life. Can you elaborate on the concepts you explore in your art?

The richness of our experience is so fleeting, if I can just capture a single moment, then I can communicate something about what it’s like to be alive. If I can capture lots of single moments, then the bigger picture slowly comes into view. To find these moments, I pay attention to my own inner life, and take what comes when it will. There is a lot of variation in what I do because I use the uninvited musings of my subconscious as often as the welcome threads of intentional consideration. 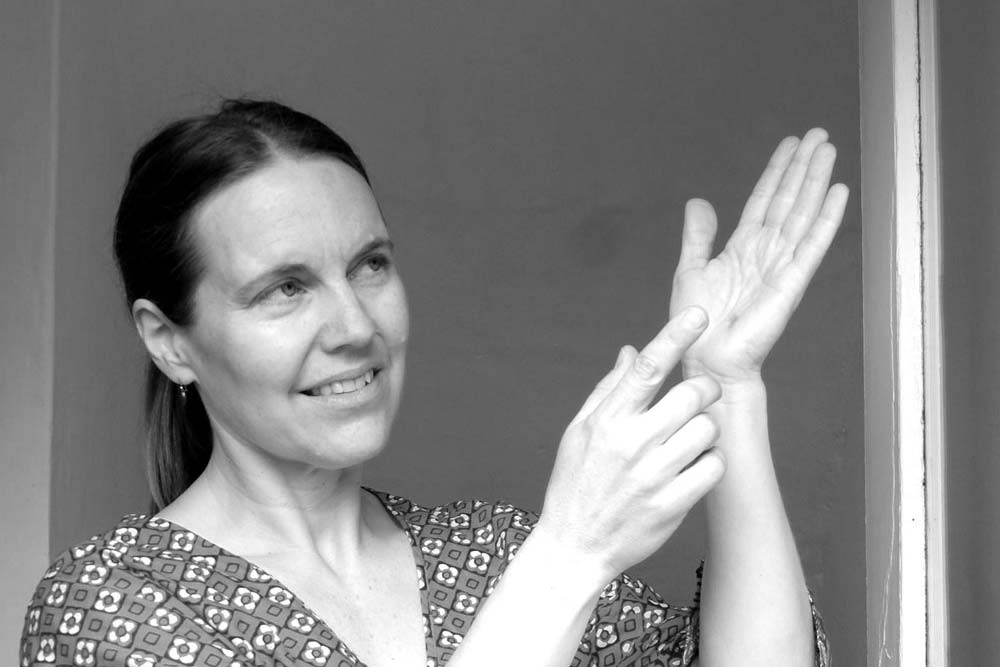 Art is always open to one’s interpretation. But is there a specific way that you want your viewers to feel when they look at your artworks?

Even when I work with very specific and personal ideas, the final image takes on a life of its own. It interacts with the personal histories of the people who view it, and a new story is created. The most important thing to me is that my viewers feel included, that they can get inside of the work and make it their own.

Are there any artists, writers or poets that inspire you in your artistic process?

I’ve always been inspired by poetry. I particularly like the concise clarity of the shorter poetic forms, and appreciate big ideas expressed with simple elements. I love the poems of Izumi Shikibu, Zbigniew Herbert, Mario Benedetti, Ranier Maria Rilke, William Carlos Williams, and above all, Emily Dickinson. Even more than her poems, Dickinson’s life story and dedication to her work have been a constant source of inspiration to me, particularly in moments of doubt.

As for visual artists that inspire me, there are too many to name, but recently I’ve spent a lot of time looking at the works of Lan Zhenghui (蓝正辉) and Shao Yan (邵岩). I was given an exhibition catalog that included their works, and the clear and insightful writing of the curator, Zhang Yiguo (张以国), opened the door to a world of imagery and meaning that I had previously found opaque.

Your works appear to be a play of chance – a combination of intuition and technique. Do you envision the final piece before starting or simply let the artistic process flow?

I make the first marks intuitively, and then wait for inspiration on how to proceed. I never make a painting from start to finish in one sitting. Weeks or months might pass before it becomes clear what step to take next on any individual work. The flow is always from chance to control, from chaos to technique. 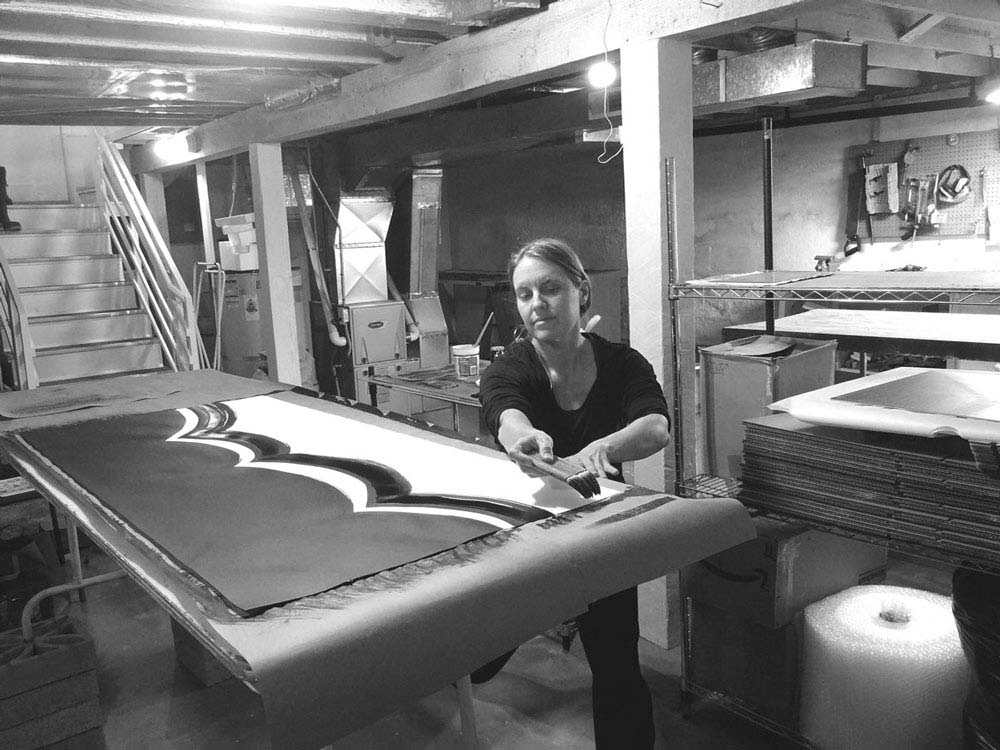 Do you have a favorite piece in your collection? Why?

I like Series 17 #8, which is technically a landscape, but has a lot of abstract elements. Each side of the diptych has a single black form that is almost figurative, and they seem to be interacting with each other across the gap between the pieces of paper. The sky feels like something out of a half-remembered dream, and the topographic lines of the land have rhythmic interruptions, like interference or electrical signals. The colors are calm and muted, but there’s a drama to the form, as if something were about to happen. 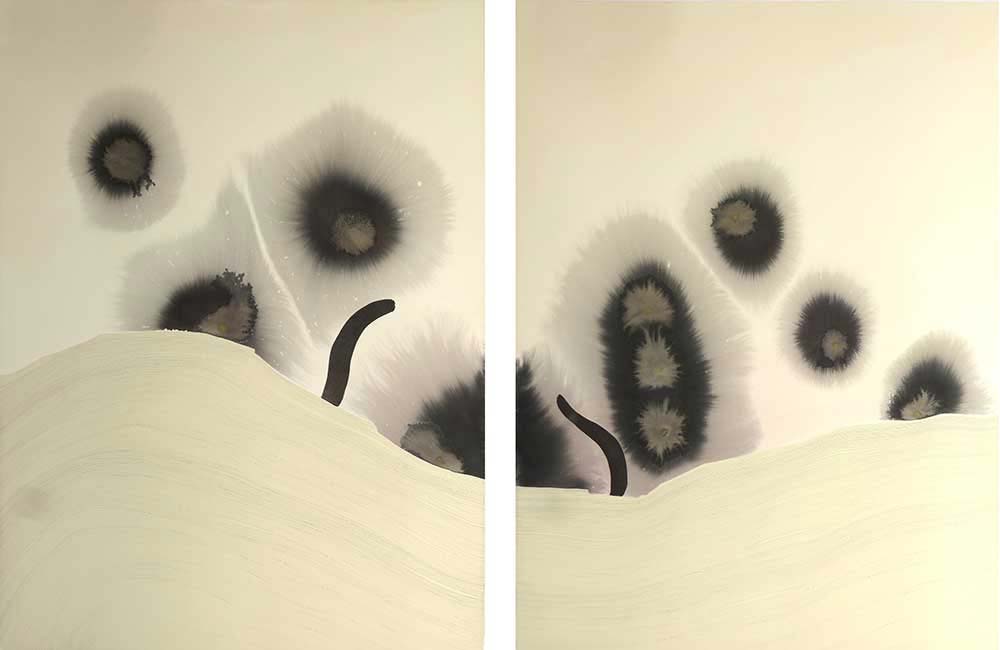 Interview with Heather Goodwind2017-04-182018-05-05https://asianartplatform.com/wp-content/uploads/2019/07/logo-original.pngAsian Art Platformhttps://asianartplatform.com/wp-content/uploads/2017/04/heather-goodwind-interview.jpg200px200px
About
Ben Rush
Ben is responsible for our website and digital marketing at Asian Art Platform. An avid art collector, he combines his passion for art and digital to ensure our website is the best in the industry.