Born in the 20th century, Chinese artist Cai Jun represents the art of a progressive and contemporary China. His distinctive style combined with evident and fascinating subjects produce an array of humorous yet potent works. In the series of works titled The Three Kingdoms, Cai Jun illustrates the bloodiest period in Chinese history in a playful and intriguing way.

After the lighthearted and entertaining Film Series, what made you choose a subject as grave as the deadliest period in Chinese history?

Being an artist does not just mean producing artwork. It means observing what is around you and reflecting on it. I get all my inspiration from my surroundings and personal experiences. I grew up in the 80s when westernization was at its boom in China. There was a fascination towards everything western including movies. I was absolutely certain that a concept like the Film Series would be appreciated.

Westernization has its advantages but one of the most severe drawbacks is that we start to lose our own culture. I noticed how my generation slowly started to discard their own customs and traditions. With The Three Kingdoms, I am essentially exploring the Chinese identity. I want to retell the glorious stories of our past in a way that will be appreciated by all generations.

Who are the Palm Blossom Warriors?

Between 220 AD – 280 AD, China was caught in the midst of a tripartite power struggle. The country was divided under the dynasties of Wei, Shu and Wu. Each state was headed by a warlord that claimed to be the true successor of the Han dynasty. The chaos and conflict that ensued is still known as the second deadliest and bloodiest war after World War II.

Palm Blossom Warriors depicts the three most accomplished warlords or the central figures from the rival kingdoms – Cao Cao from the Wei dynasty, Liu Bei from the Shu dynasty and Sun Quan from the Wu dynasty. 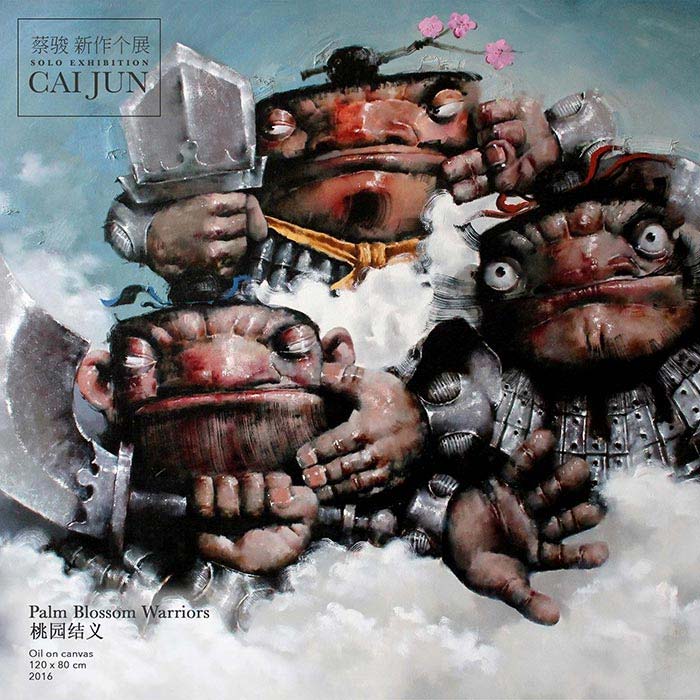 The painting titled Drift has a very interesting story behind it. Can you tell us a little bit about it?

There is a popular Chinese idiom based on an ancient story, Borrowing Arrows With Thatched Boats (草船借箭) that is used to appreciate one’s ingenuity and wit. Drift illustrates the same incident.

The Wei Dynasty had the most powerful army in terms of numbers as well as resources. During a battle, the Wu and Shu warlords decided to ally against the common enemy. The Shu military general came up with a very clever strategy to weaken the Wei army. He instructed his soldiers to build boats with straw figures on them.

On one misty evening, they sent out the boats towards the enemy. The Wei army naturally mistook the approaching boats for an attack and started firing arrows. The boats ended up returning filled with the enemy’s arrows which were then used by the Wu and Shu alliance to achieve victory. 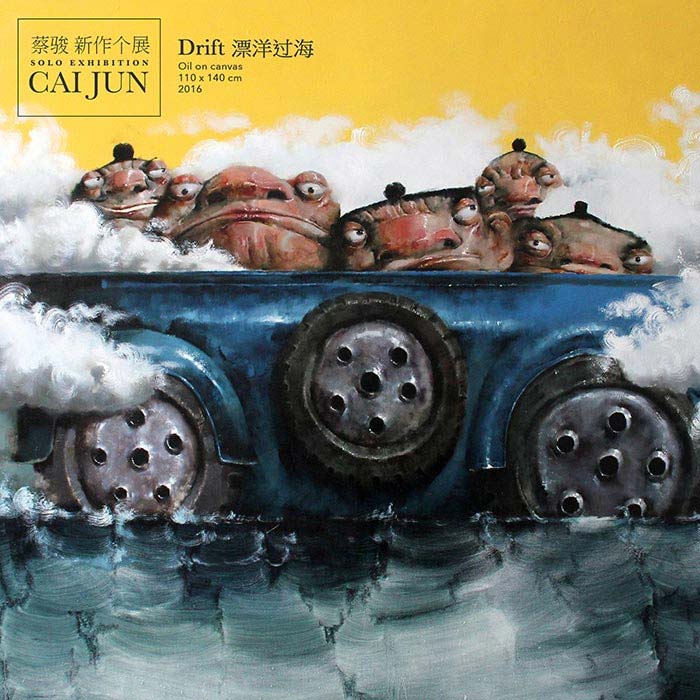 Why did you only choose to illustrate Cao Cao and not any other important figure from the period?

Cao Cao was one of the most well known figures among all three kingdoms. He was at the forefront of the Wei dynasty and took his empire to great achievements and victories in battle. He is often portrayed as a cruel tyrant. However, he was actually an excellent strategist and an accomplished politician. He was also a great poet. He was both master of the pen as well as the sword.

In Hero, I illustrate the misunderstood, but yet one of the greatest rulers in Chinese history. 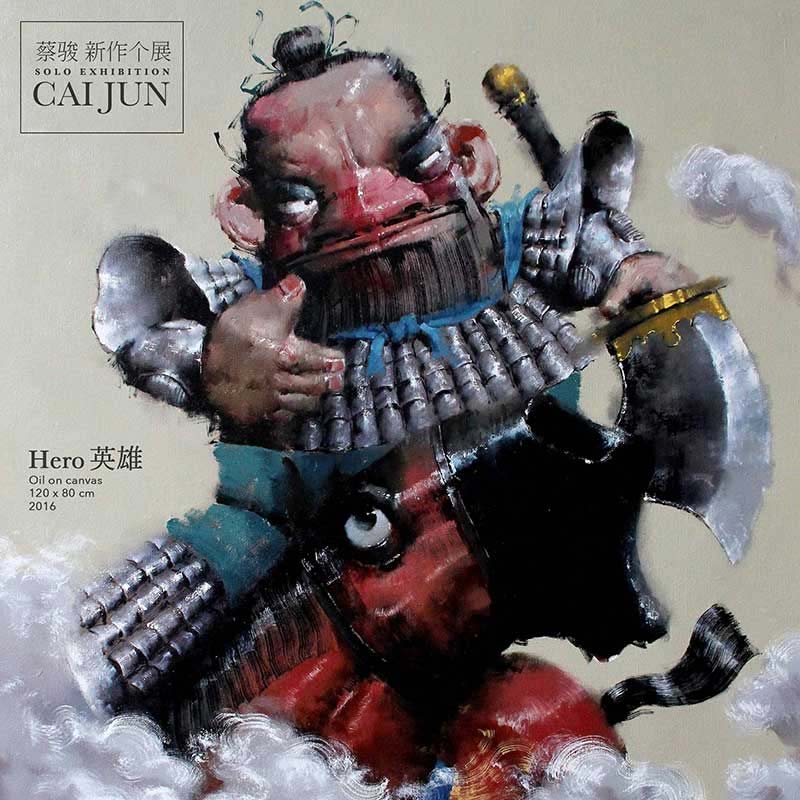 The Three Kingdoms Series by Cai Jun2016-09-102018-05-06https://asianartplatform.com/wp-content/uploads/2019/07/logo-original.pngAsian Art Platformhttps://asianartplatform.com/wp-content/uploads/2016/09/the-three-kingdoms.jpg200px200px
About
Ben Rush
Ben is responsible for our website and digital marketing at Asian Art Platform. An avid art collector, he combines his passion for art and digital to ensure our website is the best in the industry.