Asian Art Platform is proud to showcase the works of emerging Chinese artist Tao Xian 陶显. Born in Maanshan, China in 1991, she graduated from the prestigious Central Academy of Fine Arts with a Bachelor Degree in Oil Painting in 2013 and then gained a Master’s Degree from Parsons the New School for Design in New York.
Like many young Chinese artists of her generation, Xu Cong is influenced by academic art that has been known for many years but has not really been recognized. Although this system has already fallen apart in her time, its remaining dogma still affects every learner, giving their paintings an unique “accent” in the details.

Based on realism, Chinese academic art has created a series of concepts and techniques. However, the whole system started to split in the 1980s. For example, realistic painting has gradually been independent from the goal of realism and became a new perhaps incomplete style. And for realistic painting itself, a number of techniques have been independent, too. Like the genomes, they’ve been broken up and reorganized into pecies which we name it contemporary art. The symptoms caused by this have not disappeared until now.

As for Xu Cong’s works, direct painting, the aversion to “Ping Tu” and the fascination with shaping brush stroke still can be found in her non-realistic works. On the other hand, even if she clearly knows that her creation is almost “abstract”, she still can’t help, or subconsciously, dealing with composition and color under the theme of “landscape” or “still life” to. It seems that what Xu Cong is doing is to combine what has been internalized with paintings that are objects of knowledge. Thus, we can often discover fragments of Cubism organized in a landscape-like structure, and calligraphy-like shapes used as patterns or symbols of abstract expressionism in Xu’s works.

However, Xu Cong does not just break up the “tradition” or knowledge in her mind and reorganize it. She also notices nowadays visual experience and sensibility, especially those digitalized daily vision. In this latest “pattern and correction” story, “traditional” fragments are embedded in the contemporary aesthetic picture — just as what we’ve seen in her paintings. There are repeated designed patterns and sharp edges and serrations which are usually seen in low-resolution pictures — as if the oil paintings were done by early image processors.

The tension in her works also reflects the two eras. The previous is the era of perspective, blackbox, sketch, literature, enlightenment, hero and simulation. The latter was the era of bitmap, algorithm, screen, GIF, micro video, audience and digital. The art she and most of us have learned is a kind of simulated art. It is continuous, focused, and organic. However, the digital era is fragmentary, discrete, and inorganic. Perhaps it’s just the perception of this contradiction ends Xu Cong’s works a kind of asymmetry between profundity and sensitivity.And it seems that she is trying to solve this imbalance through constant redoing.

Interestingly enough, numbers are creating the illusion of simulating, and obscuring their nature of being collages. Many of today’s art are still desperately creating landscapes, hallucinations, and immersion, although their quiddity is only inorganic materials. The core task of the avant-garde art of the twentieth century is to reverse this and let the audience face the mechanism that determines how they view and think. That is, to take techniques and materials as content to dispel the illusion. In this sense, Xu Cong’s paintings are also moving in this direction. Her works are always reminiscent of the collage of earlier avant-garde art. Those collages made of images and texts from photos, magazines, newspapers, and packaging are not meant to create illusions, but to reflectreal-world experiences — we are facing an inorganic world that impossible to betotally grasped.

As a result, her paintings are increasingly showing an unfinished feeling: deliberately reserved gaps and spaces, struggling edge lines and strokes, intentional ordinary taste, “simplistic”pigments and colors, and arbitrarily shifted tones and repeated structures. Everything seems to be prepared for the future, and at the same time, it is like a memory of the past. As far as its historical function is concerned, today’s paintings can only be sketches that can never be finished or a personal genre preference. But it is still closer to reality than most visual media, because when paintings are separated from social mechanisms and historical narratives, they are also free of illusion, and behind the illusion is reality. 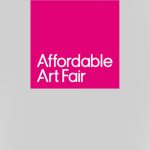